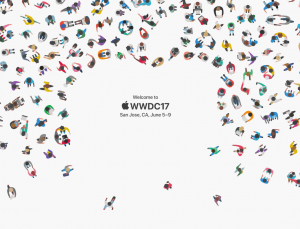 Apple’s yearly WWDC event is where it announces the latest updates to the software running on its Macs, iPhones, iPads, Apple Watches, Apple TVs and other devices. At WWDC 2017, expect major updates for iOS, tvOS, watchOS and macOS. Apple may also unveil new hardware: a new iPad Pro is widely expected, and a Siri speaker looks like a possibility.

This year, Apple’s famous week-long WWDC event runs from 5-9 June 2017, and will be held at the McEnery Convention Centre in San Jose, California.

Apple: Let us loop you in…

Apple are hosting an event titled 'Let us loop...
View All Glad I got you in, I would have been stuffed, thanks Bryan appreciate it! -Tanya.
Glass Tower

Thanks very much, Bryan, for your fast, friendly and efficient service. -Louise.
St Michael and All Angels Church

Bryan is an exceptional talent. It is not often you find a person who has in depth technic...
Maclean Technology
View All